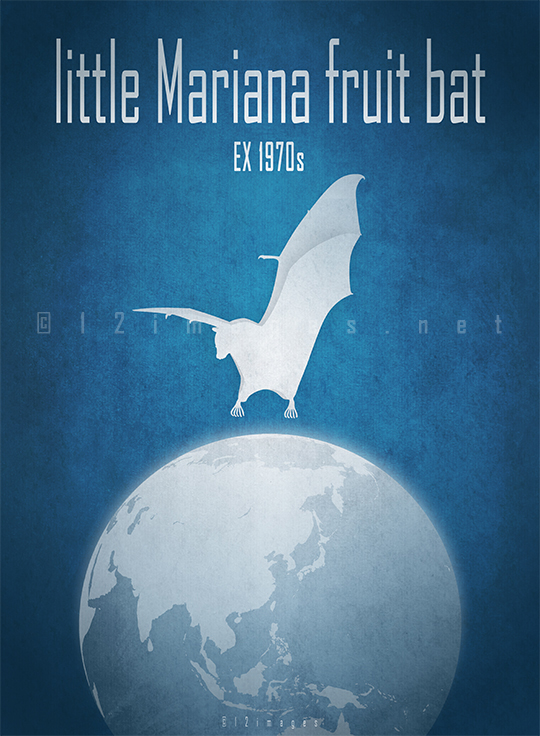 The little Mariana fruit bat is an extinct megabat from Guam

The little Mariana fruit bat – also known as Guam flying fox – is one of the four already extinct species of megabats or fruit bats (the family Pteropodidae).

These bats are found in tropical and subtropical areas around the world, both on islands and mainlands. They differ from ‘regular’ bats in a few important characteristics: they are herbivores, not insectivores; they rely on their keen senses of sight and smell to navigate, not echolocation (though there are some exceptions); and they are relatively larger in size.

The name fruit bat refers to the fact that these animals’ primarily food sources are different kinds of fruits supplemented with nectar and pollen from flowers, with shoots, buds, seed pods and other parts of plants. By contributing to seed dispersal and flower pollination they play an important role in their ecosystem, some of them – like the little Mariana fruit bat – are keystone species in forest regeneration of their regions. 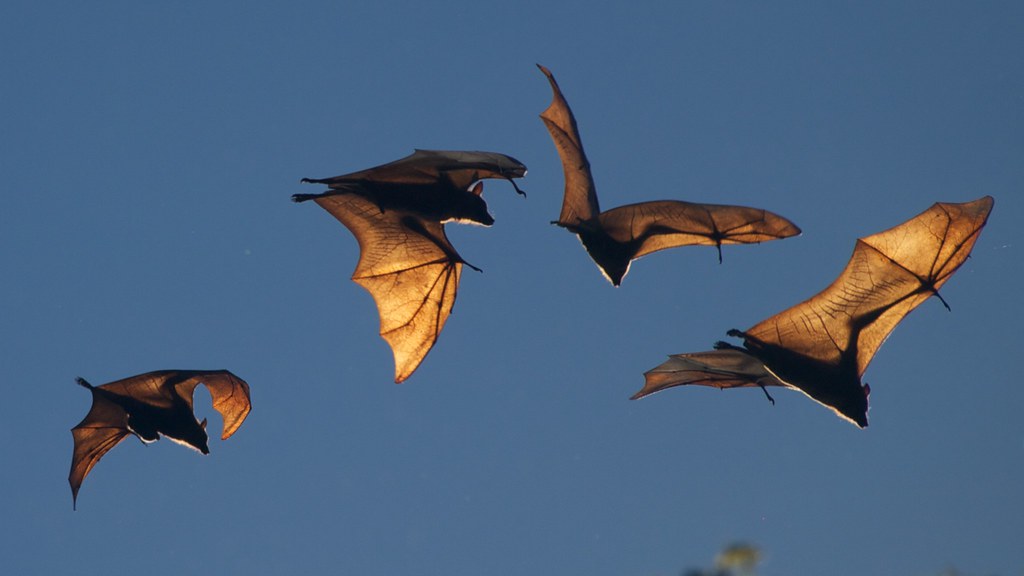 Date of extinction: The last recorded sighting of the little Mariana fruit bat dates to 1968, when a female was shot and killed by hunters at the northern part of Guam while her juvenile managed to escape. Intensive surveys on the island’s fruit bat colonies couldn’t locate any single specimen of the species since that so most probably it went extinct during the 1970s.

Range: The little Mariana fruit bat was endemic to the island of Guam, located in the Marianas archipelago of the Pacific Ocean.

Habitat: Most probably the limestone forests typical in the northern part of Guam. This forest type has a 8-15 meters high canopy and a relatively sparser understory vegetation, with some scattered trees emerging above the main canopy.

Description: The little Mariana fruit bat (Pteropus tokudae) was first identified and described in 1934 by G. H. H. Tate after discovering the species on an expedition. According to his account, the newly discovered species bore a striking morphological resemblance to the Chuuk flying fox (Pteropus pelagicus), a fruit bat endemic to Micronesia.

The little Mariana fruit bat had a body length of about 150 mm, a wingspan of 650-700 mm and a body weight of around 150 gram. The wings and the abdomen were brown with some whitish hairs, the mantle and the sides of the neck were brown to light gold. It had prominent ears, a greyish-yellowish brown head with dark brown throat and chin.

There’s very little known about the food preferences, nesting and roosting habits, and reproductive pattern of the species. Most likely they fed on fruits and flowers from evergreen shrubs of the limestone forest, thus – as fruit bats are the only native frugivorous mammals in the southwestern Pacific – they played a key role in forest regeneration of the area by contributing to seed dispersal and flower pollination.

They were observed roosting with the larger Mariana flying fox (Pteropus mariannus), an endangered, medium-sized megabat found on a range of Pacific islands from Japan to Guam. 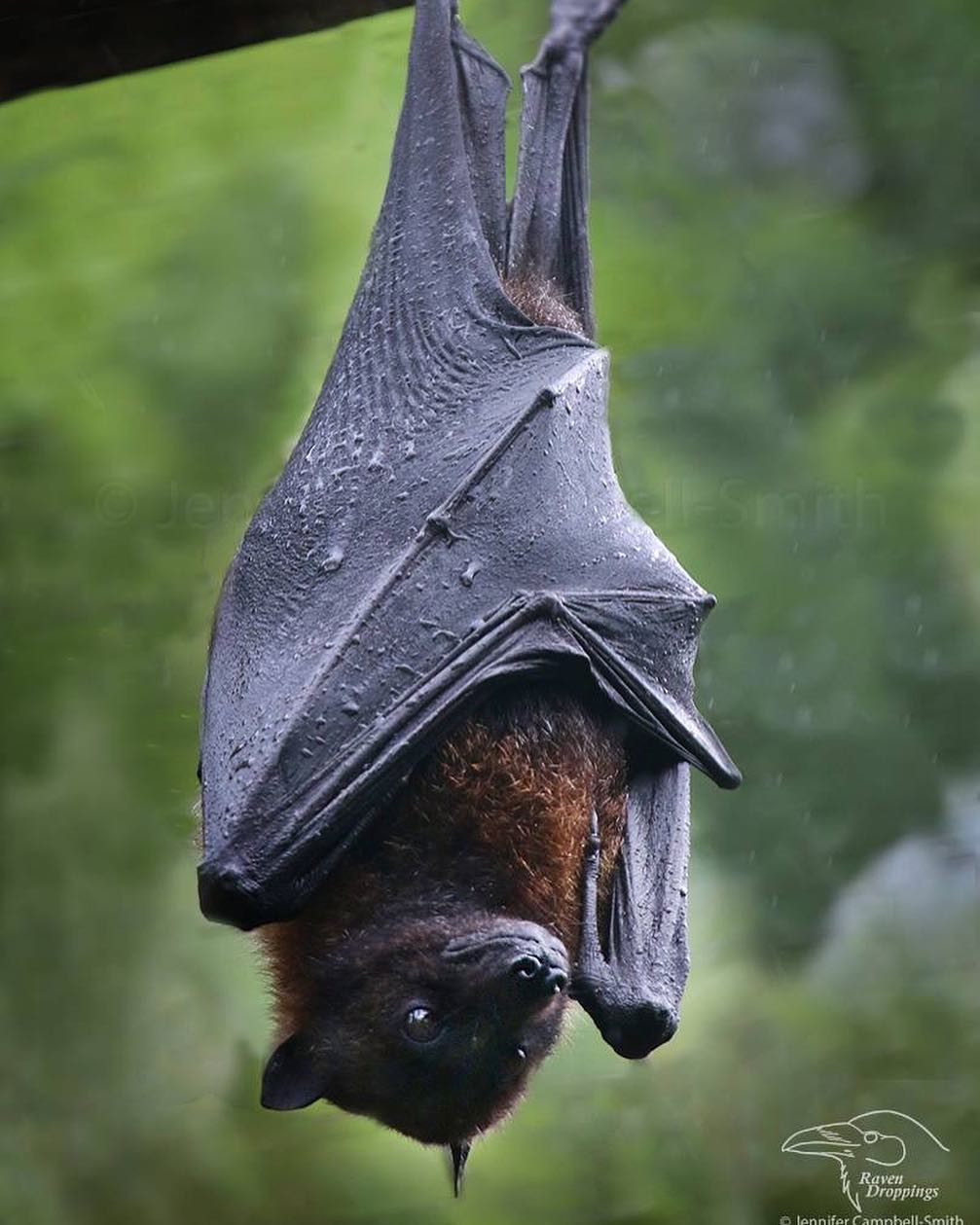 Cause of extinction: Little Mariana fruit bats – as every other fruit bat, known as ‘fanihi’ in the Chamorro culture of the Marianas – are considered a delicacy and were frequently hunted by native people of Guam. Although there’s no data available about the size of the population, the Guam flying fox was always regarded as rare by hunters and collectors; and with the introduction of firearms to the island the decline of the species accelerated.

Overhunting for food by humans was the main reason, but probably other factors also played a role in their extinction: the degradation and alteration of native limestone forests and the introduction of foreign predators to the ecosystem of the island by humans. The most probable ‘suspect’ is the brown tree snake (Boiga irregularis) – an invasive species that was brought to Guam after WW2 and is responsible for extirpating many of the native bird species of the island. 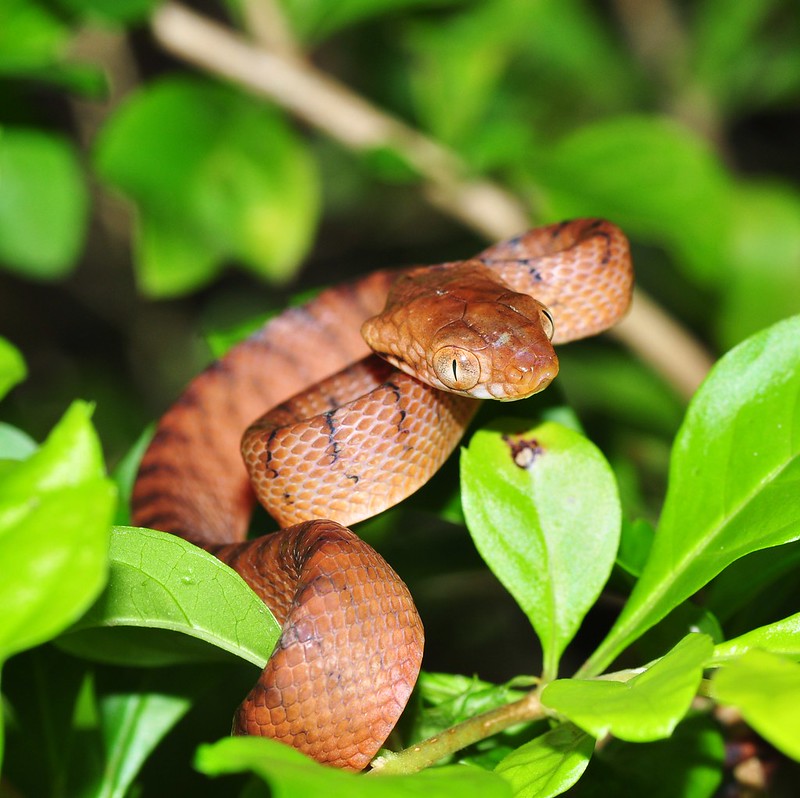 The brown tree snake might have been a factor in the extirpation of the little Mariana fruit bat
©Copyright Pavel Kirillov / CC BY-SA 2.0

The little Mariana fruit bat poster at the top of this post is available in my store on Redbubble, with design variations more suitable for apparel and other products. My whole profit goes to the Sea Shepherd to support their fight to protect our oceans and marine wildlife.