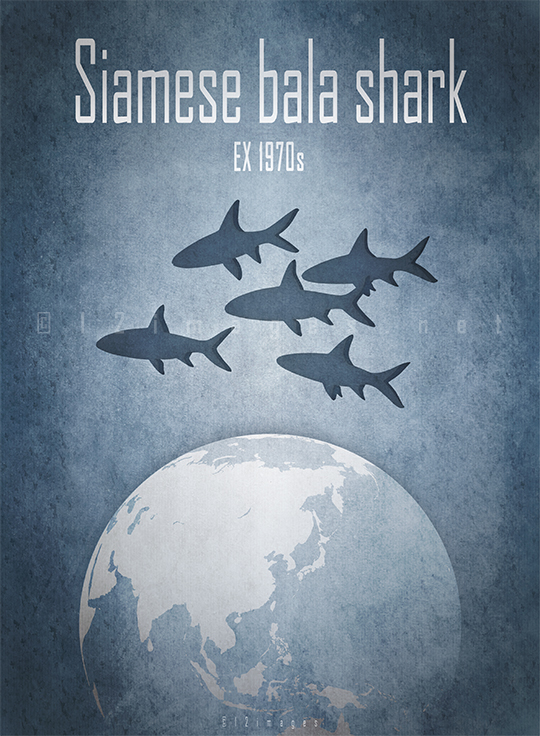 These days, with all the heavy pollution of our waters from different sources and the massive overfishing with industrial methods, capturing for international aquarium trade might be the least concern threat for most fish species, but for some freshwater fish endemic only to a limited area of one or two river basins it can be a deciding factor in survival or extinction. The Siamese bala shark (Balantiocheilos ambusticauda) a.k.a burnt-tailed barb happens to be one of these species – this freshwater cyprinid fish is listed on the IUCN Red List as critically endangered, possibly extinct in the 1970s.

Date of extinction: The last confirmed sighting of the species in the wild dates from 1974, although well-known Thai freshwater fish explorer Kittipong Jaruthanin reportedly found some specimens in 1986 in their natural habitat at the Cao Phraya River near Bangkok. All surveys carried out since the 1980s covering the whole confirmed range of the species failed to find any specimens and there are no living specimens in captivity either. Given the estimated generation length of around 10 years, the Siamese bala shark is most probably extinct.

Range: Authentic specimens are known only from Thailand, from the river basins of the Mae Khlong and Chaou Phraya. Reports from the Mekong basin in Cambodia, Vietnam and Laos were most probably false – the species can be easily mistaken for the closely related B. melanopterus.

Description: Taxonomically the Siamese bala shark (Balantiocheilos ambusticauda) is not a true shark, the common name only refers to the body-shape and fins of the species strongly resembling the characteristic shape of sharks. 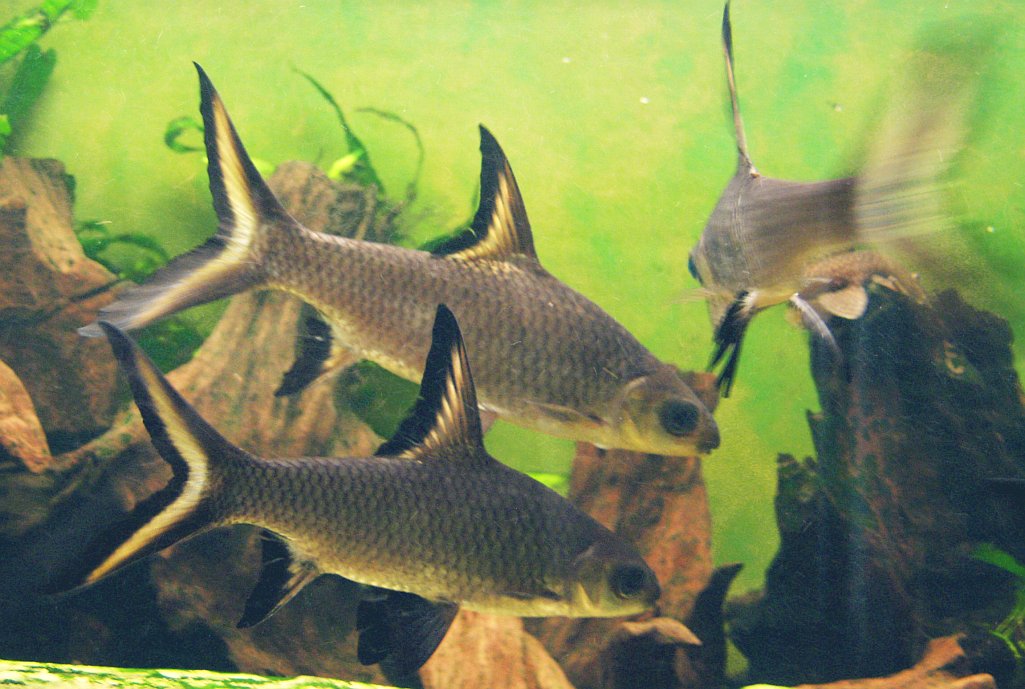 The Siamese bala shark is closely related to the well-known aquarium fish Silver shark (Balantiocheilos melanopterus, an endangered species) and was recognized as a separate species only in 2007, based on a holotype collected in 1967.

To my best knowledge, all photographs on the internet labeled as Siamese bala shark show the Silver shark in fact.

Video of a silver shark shoal in aquarium By Paul Talbot http://www.majesticaquariums.com.au

Cause of extinction:  Besides overfishing for international aquarium trade up until the 1980s, the changing agricultural methods applying more and more insecticides and chemical fertilizers and the building of dams for water management caused the extinction of the Siamese bala shark by decreasing the habitat of the species and causing significant deterioration in water quality.

The Siamese bala shark poster at the top of this post is available in my store on Redbubble, with design variations more suitable for apparel and other products. My whole profit goes to the Sea Shepherd to support their fight to protect our oceans and marine wildlife.