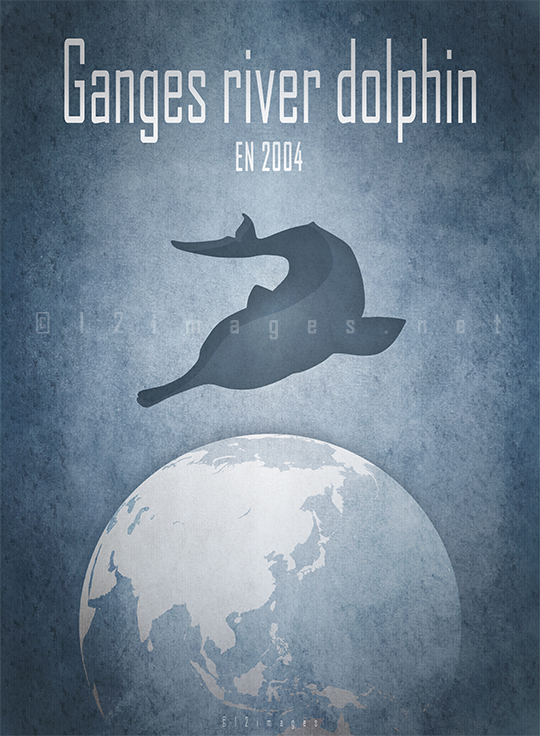 Ganges river dolphin – is one of the sweetwater dolphins native in Asia (Bangladesh, India and Nepal). This species – as all the other freshwater dolphins – has been very adversely affected by human use of the river systems, from entanglement in fishing nets through irrigation and poisoning from industrial and agricultural chemicals to habitat loss and segregation of the populations by the building of dams. It’s listed as endangered since 2004.