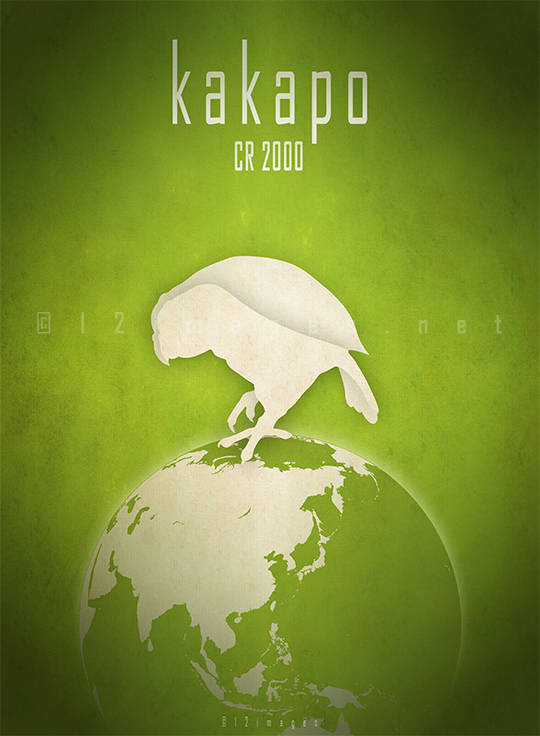 Kakapo – the owl parrot is a large, flightless, nocturnal, ground-dwelling parrot endemic to New-Zealand. Polynesian and European colonisation and the introduction of predators such as cats, rats, ferrets, and stoats almost wiped out the kakapo, only a tiny population on three offshore islands survived. The species has been listed as critically endangered since 2000.