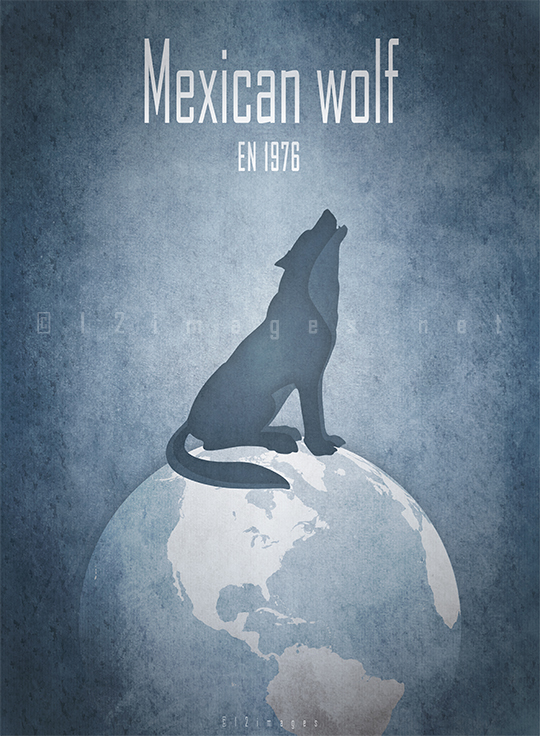 Mexican wolf – aka lobo is one of the gray wolf subspecies that are on the endangered list. They were extirpated in the wild during the mid-1900s through a combination of hunting, trapping, poisoning and digging pups from dens. The subspecies was saved by the captive breeding and reintroduction program of the U.S. Fish and Wildlife Service, but the recovering populations are still severly in danger due to illegal shootings.