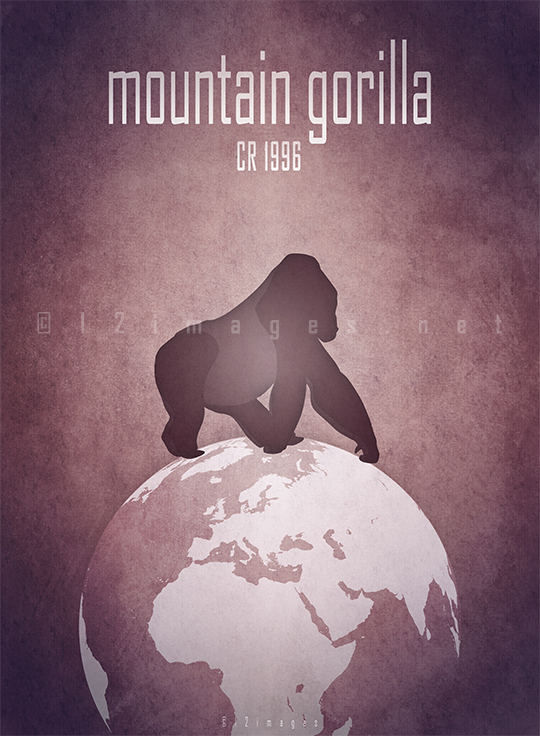 Mountain gorilla – this subspecies of eastern gorillas has only two populations, and – as all gorilla species and subspecies – is listed as critically endangered. Major threats to gorilla survival include habitat destruction and poaching for the bushmeat trade.