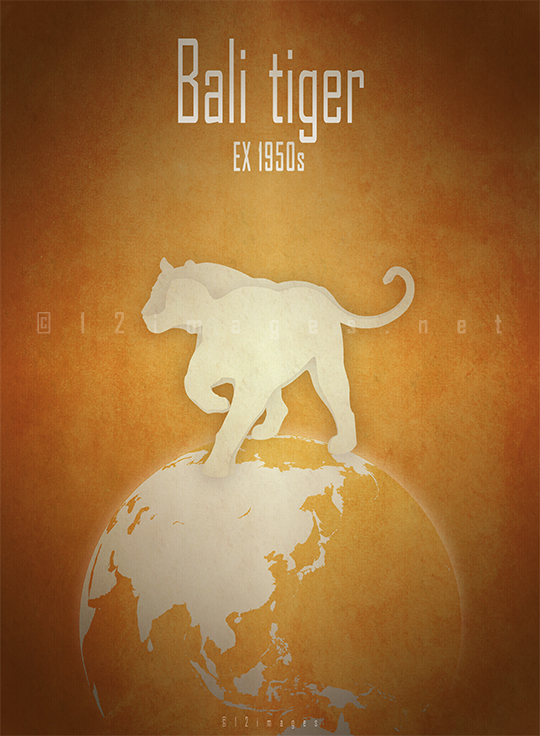 Bali tiger – is one of the two already extinct populations of the Sunda Island tiger (Panthera tigris sondaica), the critically endangered Sumatran tiger being the only remaining population of the subspecies. The Bali tiger was distinguished as a subspecies until 2017. It was the smallest tiger and its population was limited to the Indonesian island of Bali, where they were hunted to extinction. The exact date of extinction is unknown: an adult tigress was killed at Sumbar Kima, West Bali, on 27th September 1937, and the last reports of sightings date from the 1940s and 1950s.