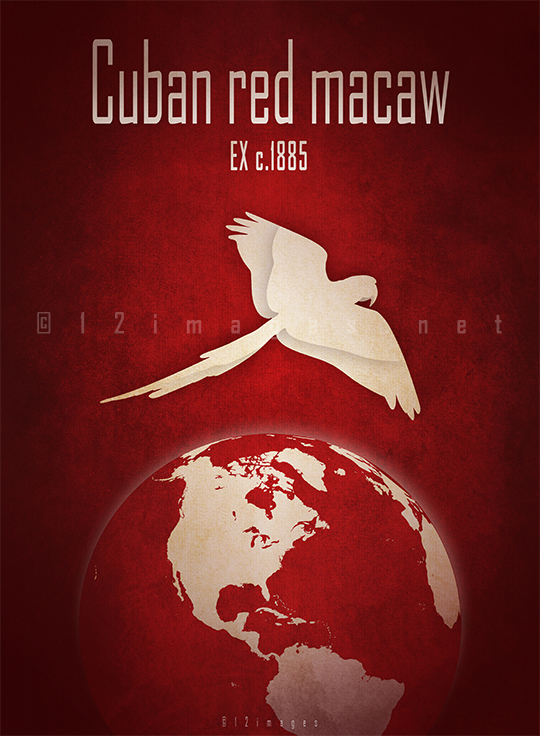 Cuban red macaw – was a species native to the main island of Cuba and the nearby Isla de la Juventud. Macaws were traded and hunted by Amerindians and by Europeans after their arrival in the 15th century, many of them were brought to Europe as cagebirds. They became rare by the mid-19th century due to pressure from hunting, trade, and habitat destruction. The last reliable accounts of the species are from the 1850s on Cuba and 1864 on Isla de la Juventud, but it may have persisted until 1885.