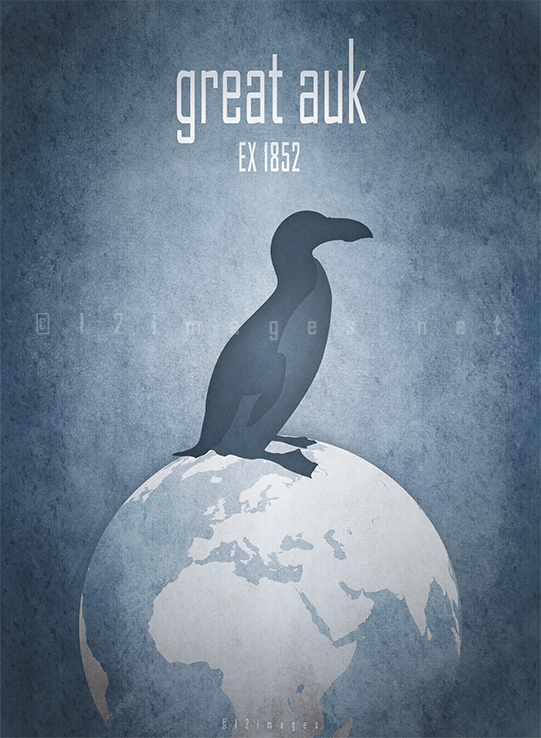 Great auk – a flightless alcid from the waters of the North Atlantic. By the mid-sixteenth century, the nesting colonies along the European side of the Atlantic were nearly all eliminated by humans killing this bird for its down, which was used to make pillows. The last confirmed sighting of a member of the species dates from 1852.