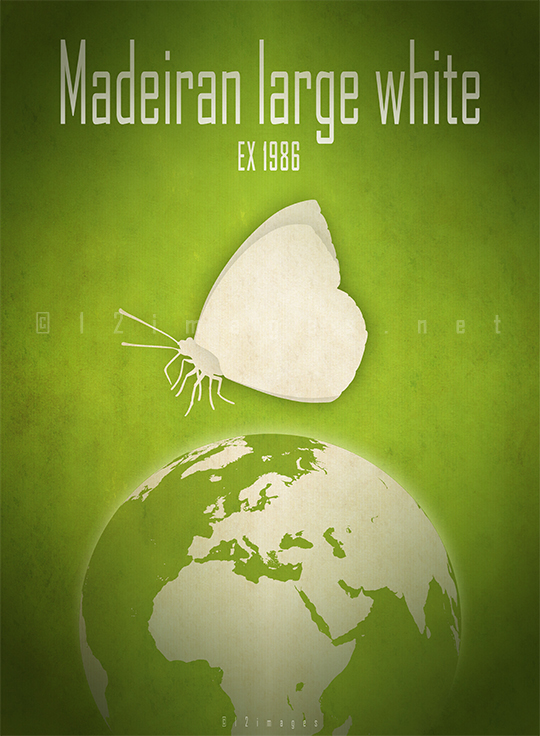 The Madeiran large white – is endemic to the island of Madeira, reaching a size from 55-65 mm. Considering that it was last collected in 1986 and not found despite several surveys later during the 1980s and 1990s it is most probably extinct. The reason for its decline might be – beside habitat loss – a parasitoid wasp or a virus infection which brought out after the small white (Pieris rapae) was introduced to Madeira in the 1970s.