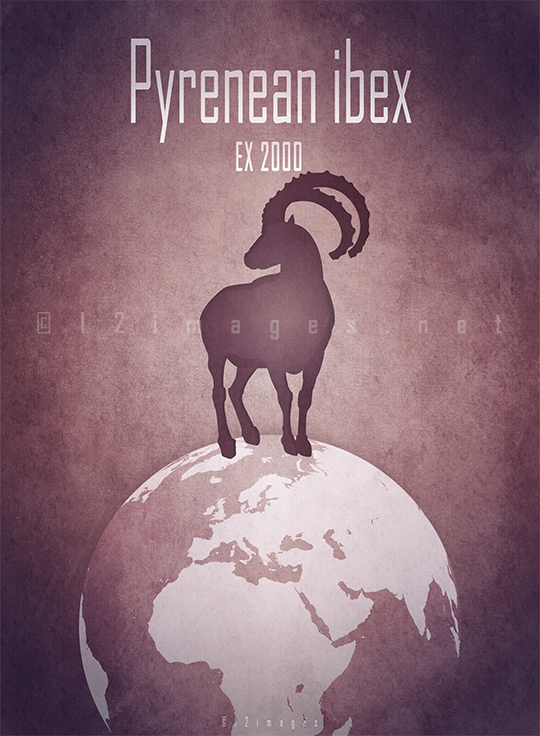 Pyrenean ibex – or bucardo was one of the four subspecies of the Spanish ibex or Iberian wild goat, a species endemic to the Iberian Peninsula. In the Middle Ages they were abundant in the Pyrenees region, but their population decreased rapidly in the 19th and 20th centuries due to hunting pressure and competition for grazing territory with domestic ungulates like sheep, goat, cattle and horses. The last Pyrenean ibex, a female named Celia, was found dead on January 6, 2000. There are attempts to revive the subspecies through cloning, but with no real success so far.