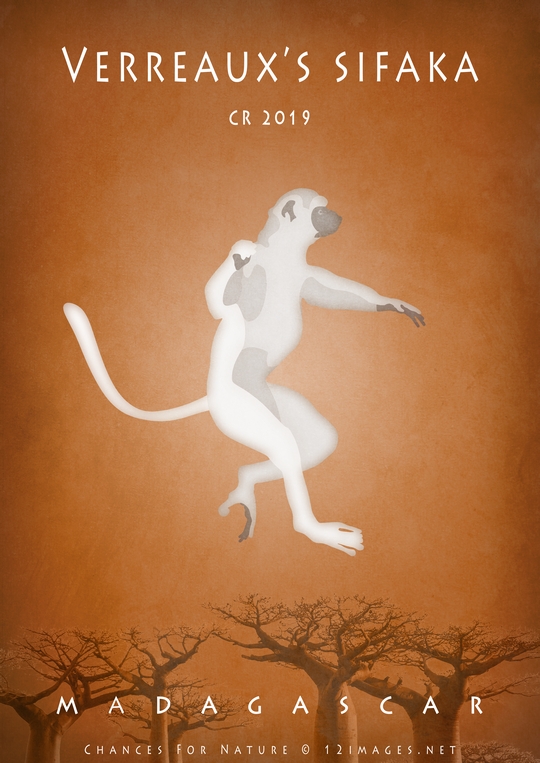 The Verreaux’s sifaka is one of the nine sifaka lemur spieces, all endemic to Madagascar. They inhabit different types of forests in the southwestern regions of the island. They are primarily arboreal – they can leap up to 10 m from one tree limb to the next – but they are also known for a highly specialized form of bipedal hopping while on ground: this characteristic saltatorial movement is casually referred to as ‘dancing’. Recently all nine sifaka species were uplisted from endangered to critically endangered, though the status change is not official yet.