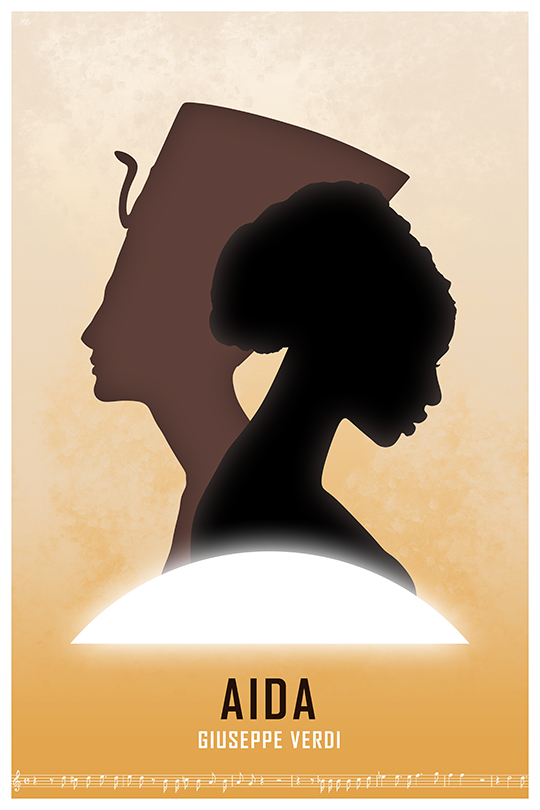 Verdi wrote Aida for the inauguration of the Khedivial Opera House in Cairo, Egypt but eventually it premiered only two years later, in 1871.

It’s one of the ‘grand operas’ and not only in the sense of the musical term. The historical set in the era of the Old Kingdom of ancient Egypt; the huge mass scenes; the tragic love triangle of Egyptian princess Amneris, military commander Radames and Ethiopian princess Aida; the dramatic conflicts, war, loyalty and betrayal – everything is like a typical grand movie of the golden age of Hollywood, directed by Cecil B. DeMille. And, of course, grand music from Verdi: beautiful arias, brilliant instrumental parts with an exotic touch and excellent musical characterization.

The sheet music at the bottom of the poster is from Radames’ aria ‘Celeste Aida’.