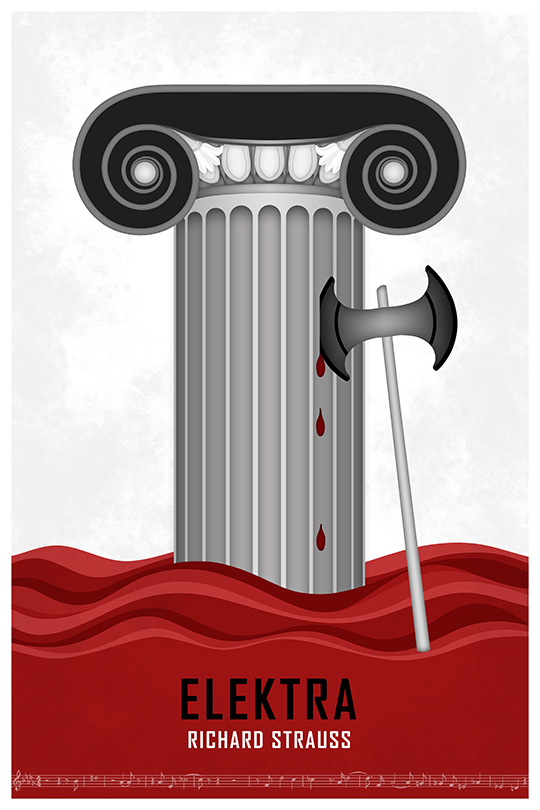 In the long line of dysfunctional families appearing in ancient Greek myths and tragedies Elektra’s family is probably in the top three.

A father (Agamemnon) who sacrifices Daughter One (Iphigenia) to win a war (the Troyan one), a mother (Klytemnestra) who slays his returning husband with the help of her lover (Aegisthus) and tries to murder her son (Orest) who wants to avenge his father’s death while Daughter Two (Elektra) goes crazy in her furious lust for her mothers death and – despite the begging of Daughter Three (Chrysosthemis, the only more or less mentally sane member of the family) – gives the murder weapon (a double headed axe) used on his father to Orest who butchers their mother, her lover and their entire retinue. The story ends with Elektra dying in a hysteric triumphal dance on top of the impressive amount of dead bodies.

Strauss’ opera tells the story from Elektra’s view point, his music perfectly reflects her emotions and psychology and the raw brutality of this bloodthirsty horror – Elektra is one of the most demanding soprano roles in opera history.

The sheet music at the bottom of the poster is from Elektra’s aria ‘Allein! Weh, ganz allein! grieving her father’s death.