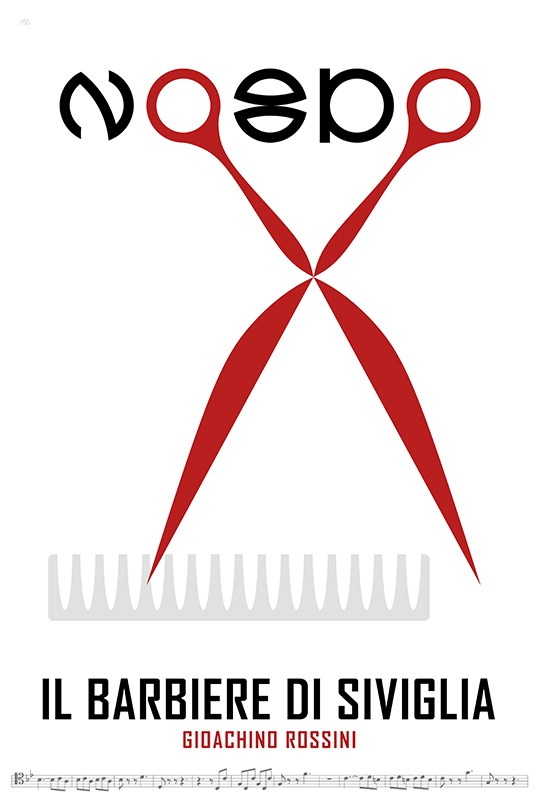 Figaro is not just beyond doubt the best known barber of the world, he’s probably also one of the best fixers ever :). He’s the protagonist of a 3 piece comedy by Pierre Beaumarchais, set in Seville in the 1700s – Rossini’s perfect opera buffa is based on the first piece, introducing the main characters (except Susanna) that appear in the second story told in Mozart’s ‘Marriage of Figaro’. This time it’s about the wedding of Figaro’s future master, Count Almaviva: as the acclaimed barber and problem solver of the town Figaro plays a crucial part in arranging the marriage between the count and the beautiful Rosina.

For those not familiar with the significance of the motto ‘no8do’ (no me ha dejado – She has not left me in Spanish) – this is the motto of Seville, an omnipresent sign in the town appearing on flags, drain covers, parking fines and on Christopher Columbus’s tombstone.

The sheet music at the bottom of the poster is from the popular ‘barber aria’ ‘Largo al factotum’, Figaro’s first appearance an self introduction.