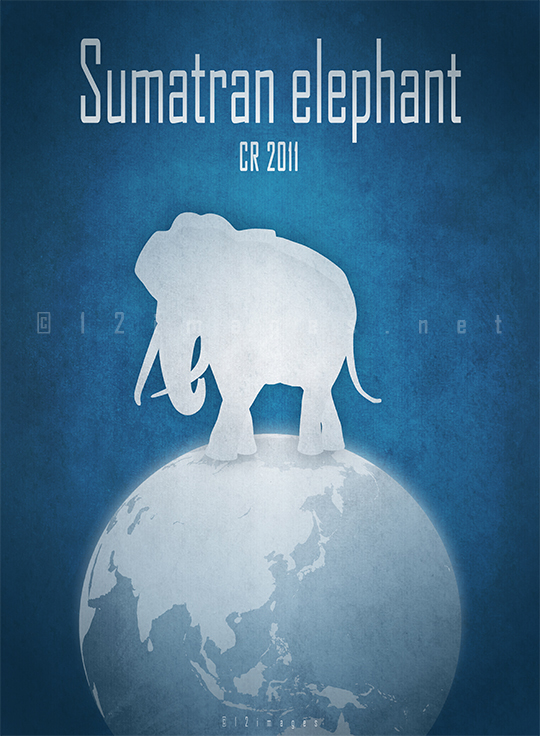 Sumatran elephant – is one of the three recognized subspecies of the Asian elephant, and native to the Indonesian island of Sumatra. The subspecies is pre-eminently threatened by habitat loss, degradation and fragmentation, and poaching. The IUCN RedList updated its status to critically endangered in 2011, as Sumatran elephants have lost half their population and 69% of their habitat through deforestation in the past 25 years.