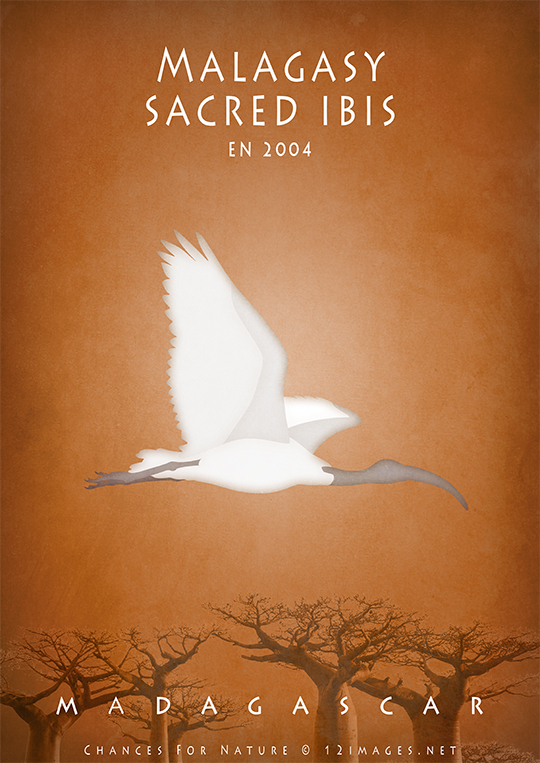 The Malagasy sacred ibis has evolved from the well known African sacred ibis – the bird that used to be considered the living incarnation of the ancient Egyptian god Toth. One of the two subspecies of the Malagasy sacred ibis is endemic to the west coastal region of Madagascar, inhabiting mudflats, estuaries, mangrove swamps and coastal lakes (the other subspecies occurs on Aldabra, Seychelles). The species is endangered by wetland habitat degradation, uncontrolled hunting and harvesting of eggs.