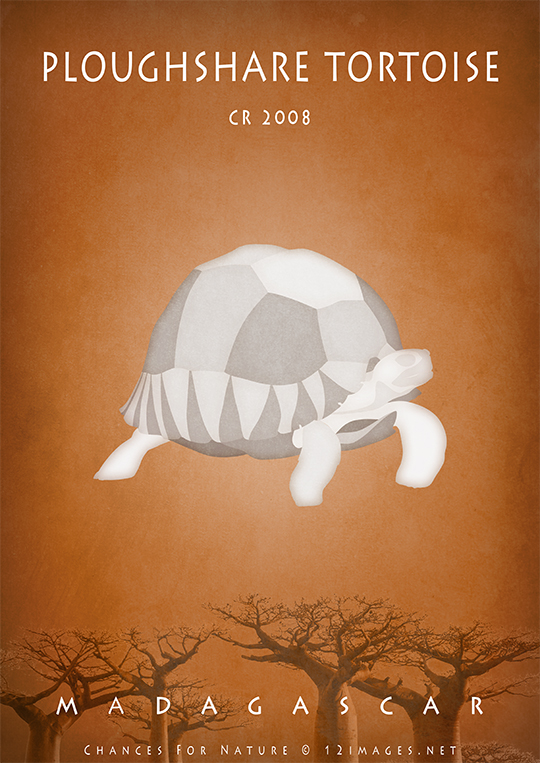 The ploughshare tortoise – also known as angonoka – is Madagascar’s largest tortoise, occurring only in one small area around Baly Bay on the western coast of the island. The species is severely endangered by illegal international pet trade: they are highly valued particularly by private collectors because of their beautiful, large golden-domed shell. The wild population is estimated to be only around a few hundred individuals or even less; in lack of proper protection from the Malagasy authorities they are constantly threatened to be captured by smugglers.