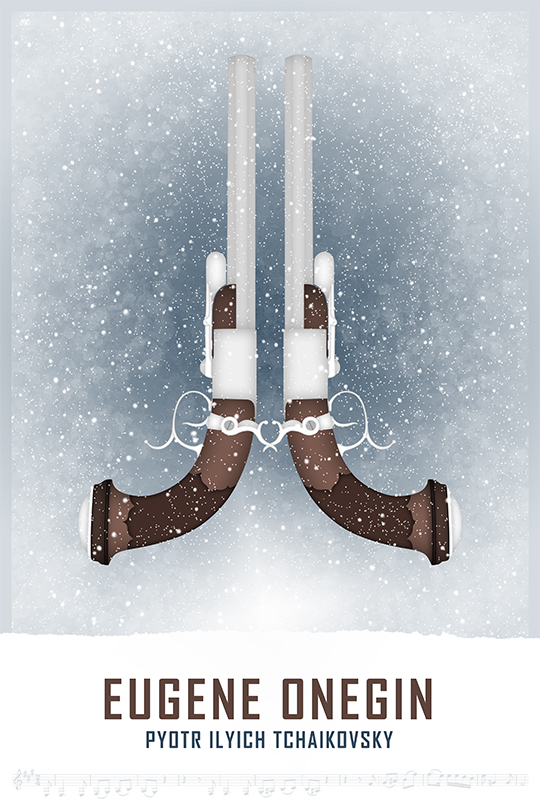 Tchaikovsky wrote Onegin based on the famous novel in verse of Alexander Pushkin – it’s a perfect match, both Pushkin’s story and Tchaikovsky’s music are unmistakably Russian.

It tells the story of a young dandy who in his arrogance, selfishness and weakness deeply hurts the feelings of a young, naive girl (Tatyana) and kills his good friend (Lensky) in a pistol duel on a snowy field at dawn – this latter event means a tragic turning point in his life.
Several years later Onegin meets Tatyana again and regrets his rejection – Tatyana has grown to a beautiful woman and has married Prince Gremin. She admits she still has feelings for Onegin but is determined to remain faithful to her husband, leaving Onegin alone and in despair.

The sheet music at the bottom of the poster is from Prince Gremin’s bass aria, telling about his love for Tatyana.