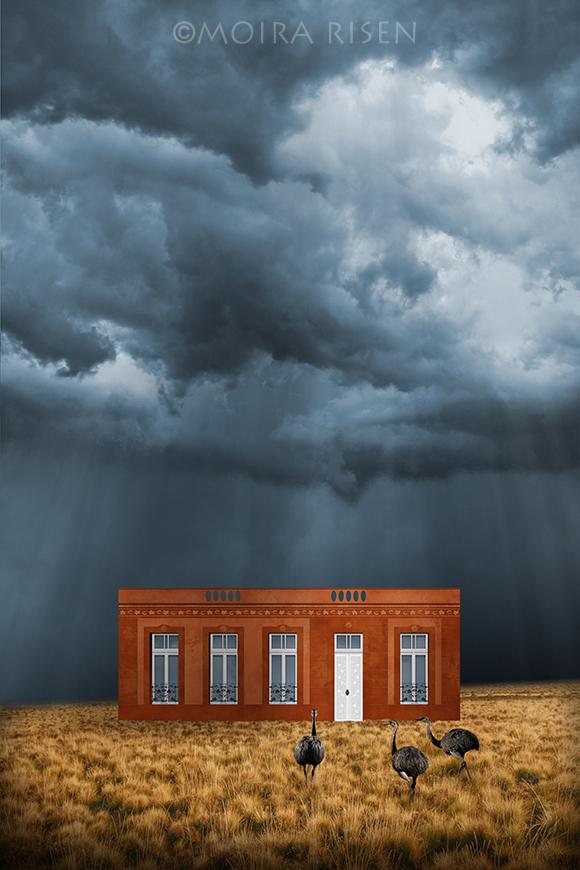 A secessionist style Casa Chorizo standing alone on the brown grassland of The Pampas somewhere in Argentina, under the eye of a huge storm. Plus three curious nandus.

Casa Chorizo was a traditional townhouse type in Argentina – mainly in the Buenos Aires region – around the turn of the 20th century. The name refers to a special Spanish pork sausage that is very popular in the country – the layout of the building usually forms a U or L with a patio behind the main rooms that are looking to the street, and the bedrooms along the patio follow each other like the short pieces of the sausage chain. While the layout and the main structure and ratios of the buildings were very similar, the architectural style and decorations of the facade reflected the taste of the owner – from neoclassical to art deco.