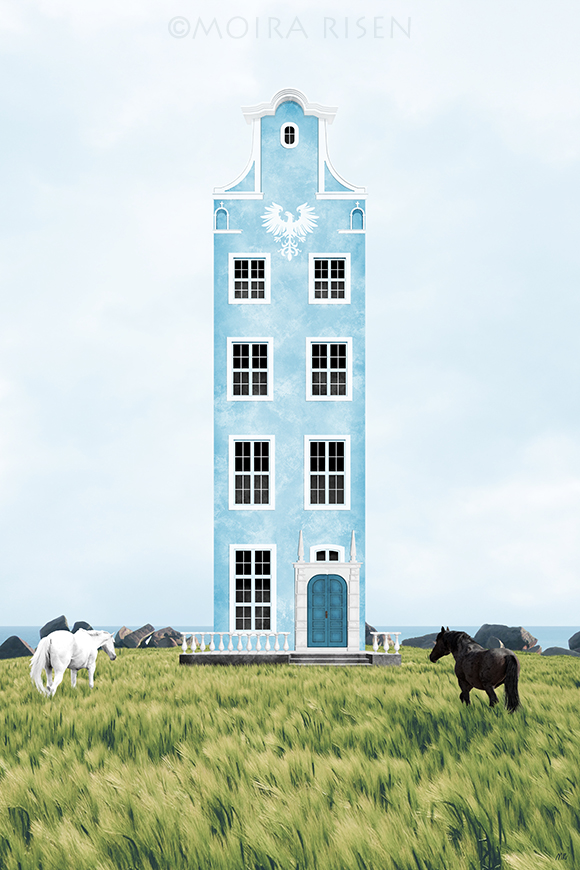 A blue painted narrow house with a Pomeranian eagle herald, set on a barley field somewhere along the coast of the Baltic Sea, with two horses slowly approaching the building.

Colorful houses with similar architectural features – the style originated in the Golden Age of the Dutch empire – were built in many cities during the 17th and 18th centuries through Northern Europe. The wars of the 20th century destroyed many of these buildings but in most big cities at least some survived in the old town areas.