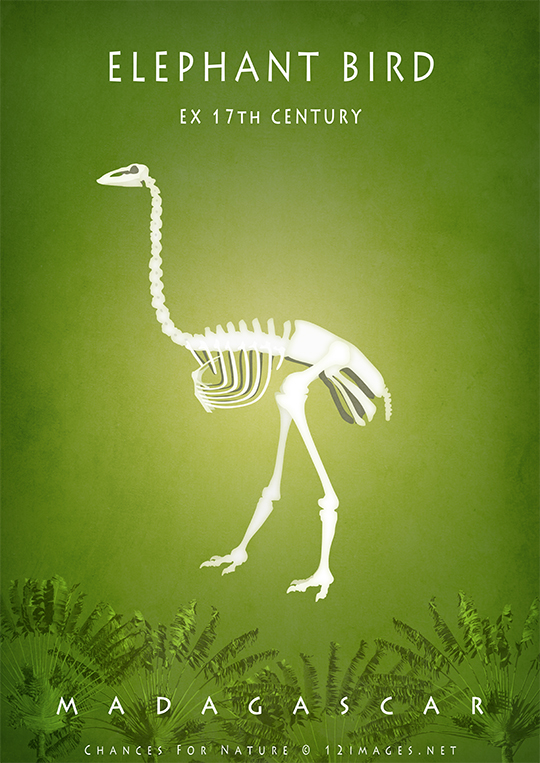 Elephant birds were part of the now extinct Pleistocene megafauna that once lived on Madagascar. The largest known species of these giant flightless birds stood at least 3 meters high and weighed on average about 650 kg – that makes them the largest bird species ever lived on Earth. There’s a lot of uncertainty and scientific speculation regarding the date and circumstances of their extinction, but humans were definitely an  important factor in the process.