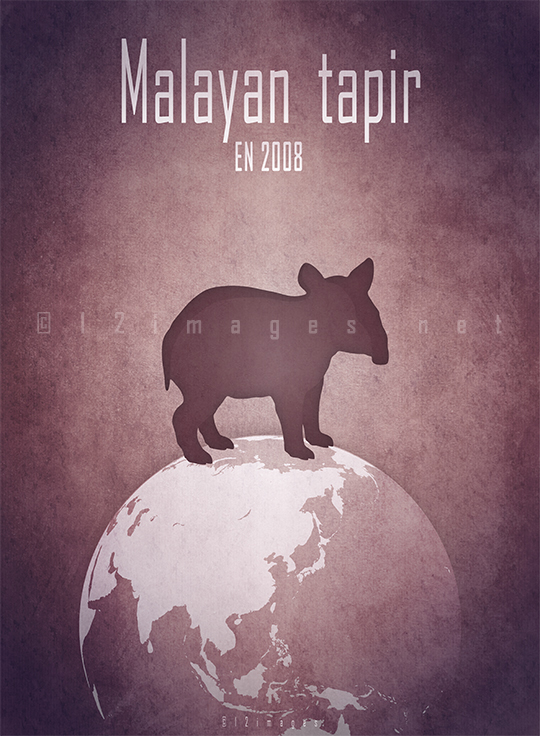 Malayan tapir – is the largest of the five species of tapir and the only one native to Asia. This species once found throughout the tropical lowland rainforests of Southeast Asia, today, like all tapirs, is in danger of extinction. The main threat to the Malayan tapirs is human activity, including deforestation for agricultural purposes, flooding caused by the damming of rivers for hydroelectric projects, and illegal trade.