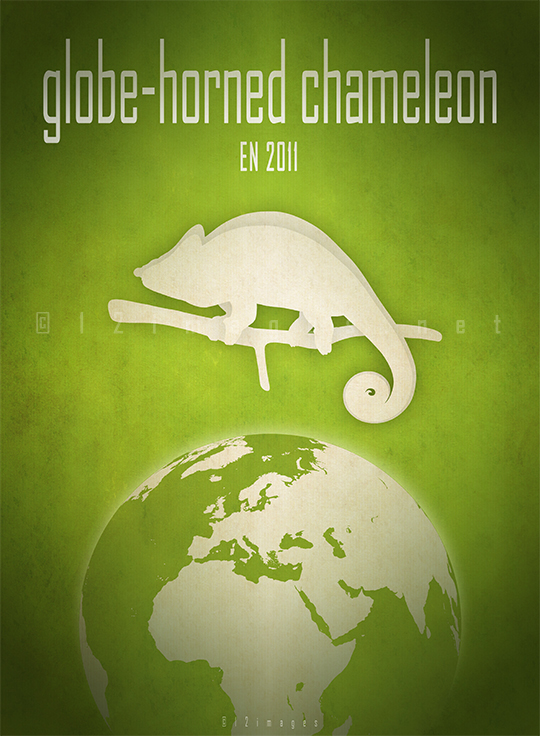 Chameleons are fascinating creatures for many reasons. They have a couple of morphological features and unusual abilities that make their appearance truly unique and somewhat bizarre: their hands and feet are fixed in a grasping position to help them cling to branches – arboreal species also have a prehensile tale for that, accurately curled up like a spiral when resting; they have extra-long, extensile tongues for catching insects at a distance sometimes bigger than their own length; they have unique, bulging eyes that can turn and focus independently giving them a full 360 degree view –  they can see in both visible and ultraviolet light; and they are most recognized for their ability to change their skin coloration and pattern – contrary to popular belief, the main reason for that is not camouflage but to convey their emotions and to communicate with mates.

Chameleons come in many sizes from 15 mm up to 75 cm; many of them have variously sized and shaped casques, horns, crests or other protrusions or appendages on their heads, and spikes along their spine from neck to tail.  They have a characteristic swaying gait rocking slowly back and forth between each step taken. Unlike other animals, they continue to grow throughout their lives, shedding their old skin in pieces. 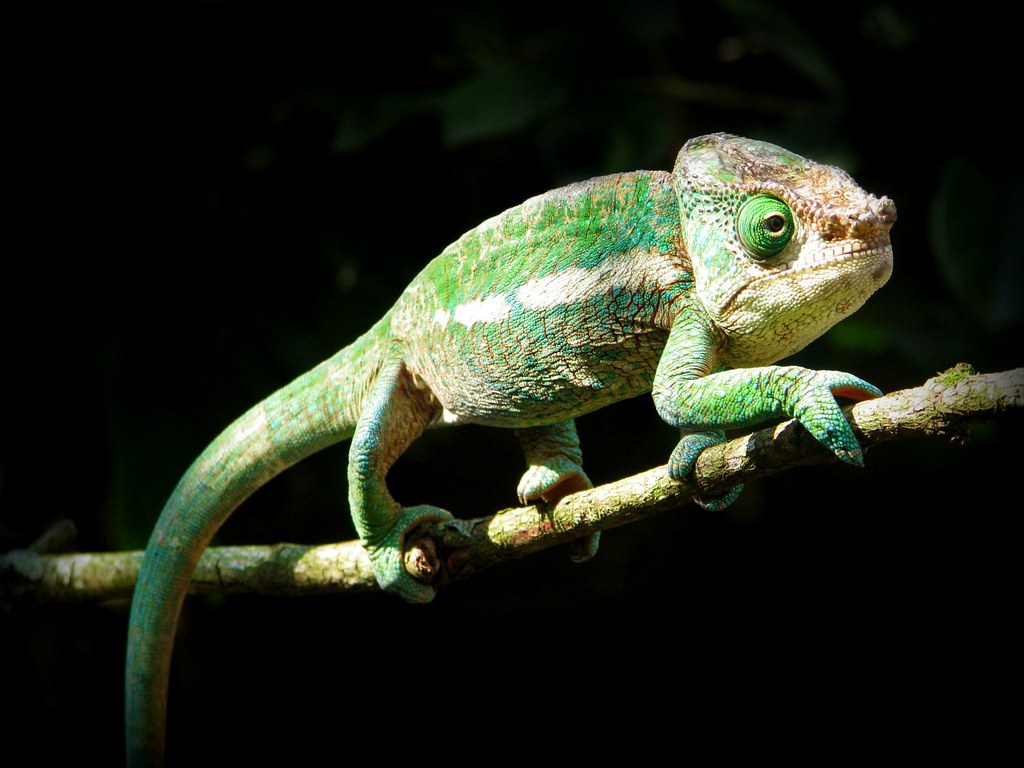 These extraordinary, colorful lizards live in warm habitats – ranging from humid forests to deserts – of mainland Africa, Madagascar, southern Europe, some regions of the Arabic and Indian peninsulas and the island of Sri Lanka. From the more than 200 known chameleon species (according to the IUCN listing) 85 can be found on Madagascar. Many of them are endemic to the island – Madagascar has an 88 million years long history of relative isolation, 90 percent of its wildlife can be found nowhere else on the planet. This unique wildlife and ecosystem is severely threatened by different activities of the island’s growing human population – the globe-horned chameleon is one of Madagascar’s 28 chameleon species assessed as endangered or critically endangered.

Range: The globe-horned chameleon is endemic to Madagascar, with a current distribution range restricted to a relatively small area of around 675 km² (based on the size of the residual forest patches around the locations of confirmed sightings) in the central highlands between elevations of 1200-1500 meters.

Habitat: The residual humid montane rainforest of the central highlands. Globe-horned chameleons live in the mid-upper stories of the forest; they prefer areas with old, big trees, mossy branches and twined lianas, often alongside streams. 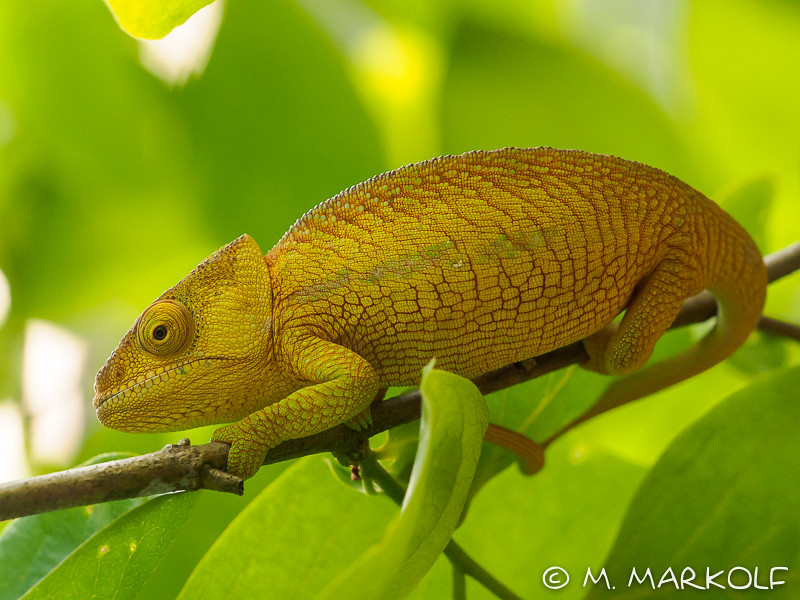 Description: The species was first described by German zoologist Albert Günther in 1879. The globe-horned chameleon belongs to the larger chameleon species: females are a bit smaller than males, with a body length of around 15/17 cm and a tail of 30/39 cm, respectively.

Globe-horned chameleons have a backwards directed flat casque on their head – the species is also known as flat-casqued chameleon -, and males have two small globular nose appendages. They don’t have spikes on their back and the scalation of their skin is heterogeneous. Their color range – as by many chameleon species – covers different shades of brown, yellow, green and gray; on their side from head to tail they have a wider horizontal stripe with variable colors and usually three or more diagonal stripes. Males have a whitish-yellowish pattern on their throats. 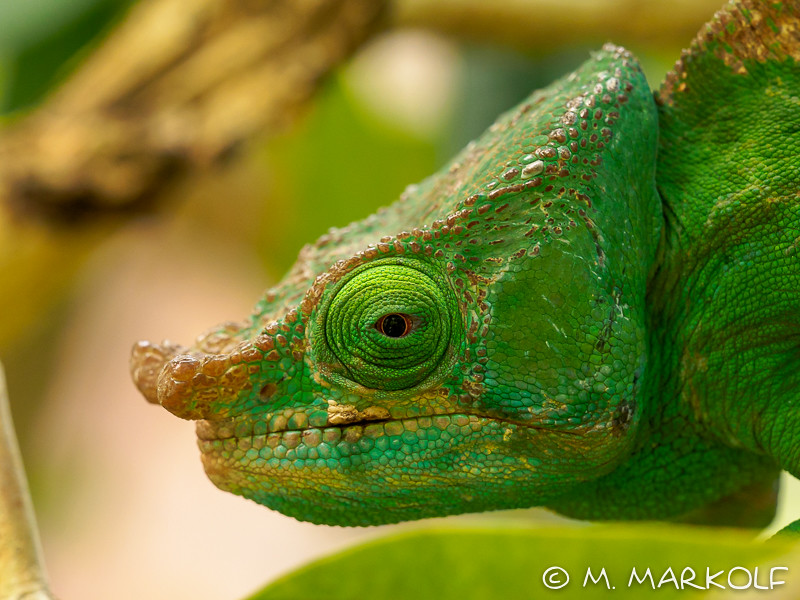 Globe-horned chameleons – as all chameleon species – are insectivores, hunting by projecting their tongue to capture the prey. They are diurnal, live solitarily and are often aggressive towards other members of their own species, showing their emotions by rapid color change. There’s no information about the breeding and mating habits of the species, it’s only known that females lay around two dozen eggs in a clutch.

Threats:  As most chameleon species of Madagascar the globe-horned chameleon is mainly threatened by the rapid loss and degradation of the island’s original forests. The continuous deforestation of Madagascar started with the arrival of humans around 2350 years ago and accelerated rapidly in the second half of the 20th century – around 40 percent of the forest areas were lost in that period, making altogether 90 percent of the original forests gone. Forest loss is largely attributed to the traditional slash-and-burn agricultural method imported to the island by the earliest settlers, (partly illegal) logging for charcoal and construction materials, and recently the increasing demand in land suitable for cattle grazing and coffee plantations. The increased exploitation of natural resources as a repercussion of the political events of the last decade had dire consequences for the island’s wildlife and forest conservation: several species are threatened with extinction. 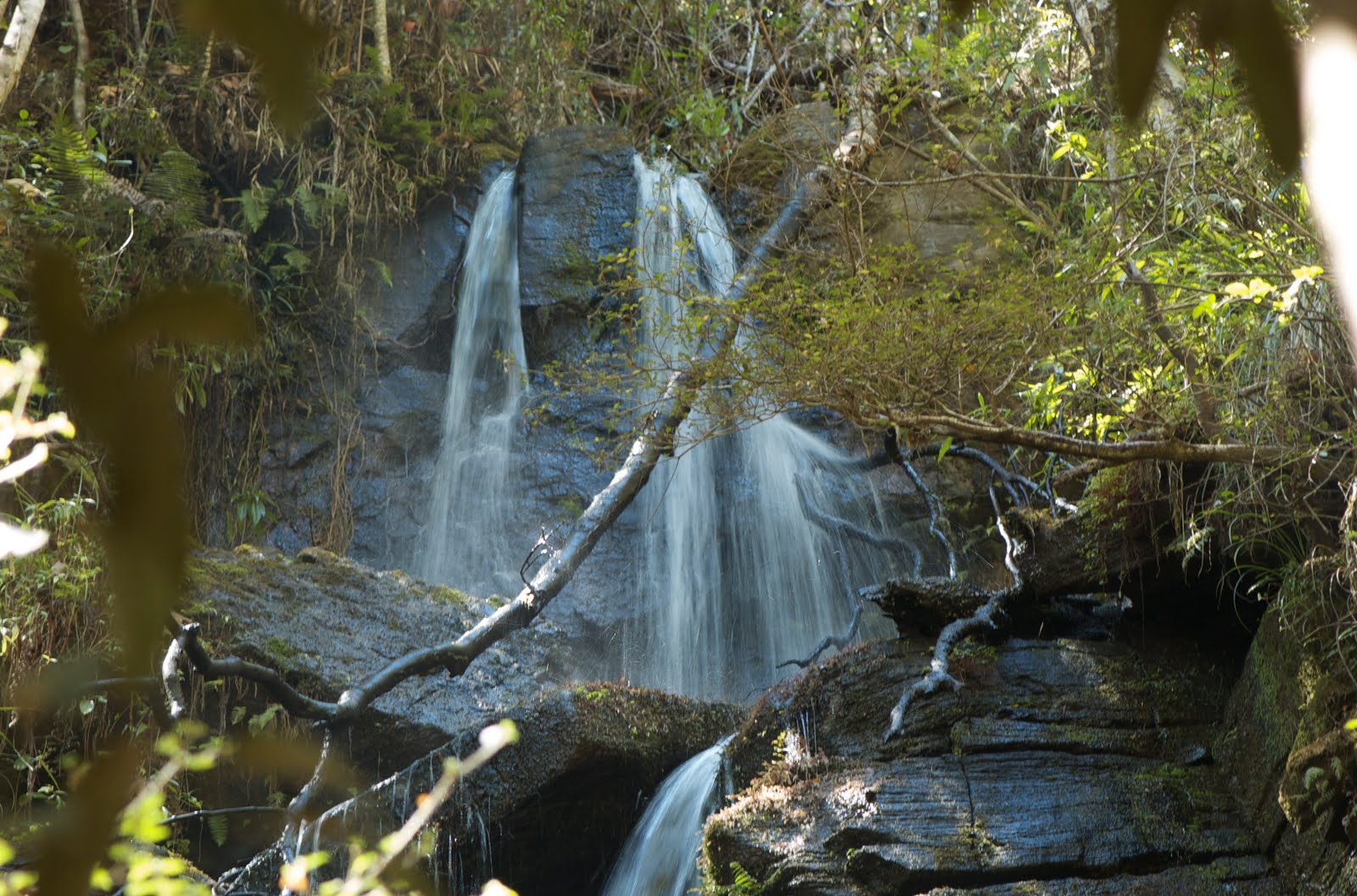 Chameleons are popular pets all around the world and the globe-horned chameleon is also threatened by illegal trade – the legal export of all Calumma species is currently suspended on Madagascar.

The globe-horned chameleon poster at the top of this post is available in my store on Redbubble, with design variations more suitable for apparel and other products. My whole profit goes to the Sea Shepherd to support their fight to protect our oceans and marine wildlife.